Most Powerful Router For Large Home of 2022: Top 6 Picks

Are weak signal areas your top nuisance when living in a large home?

Do you want to improve it and boost the top speed?

Congrats, you’re on the right page. Here are the most powerful routers for large home that our experts have tested for months to find out.

Here are the most powerful routers for large home you can buy in 2022: 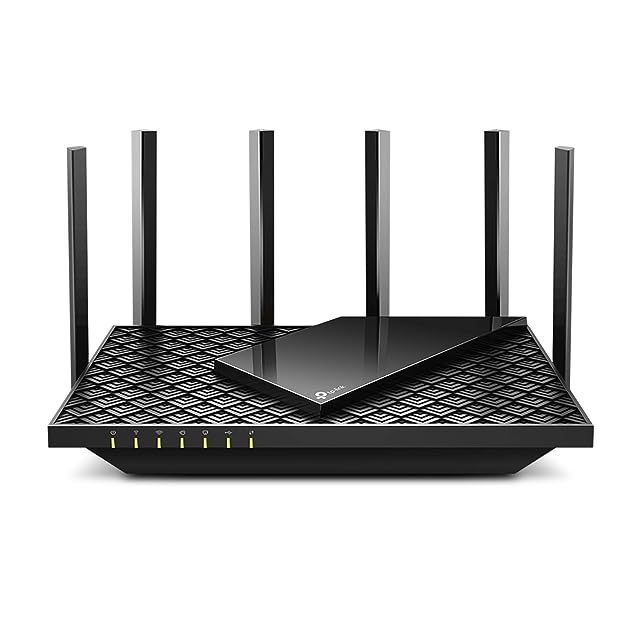 The TP-Link AX5400 might be the best router that you can buy for faster top speeds at under $200. But it is mostly known for the effortless setup process, which takes just minutes to be done.

Unlike the traditional management option which is mainly on the antenna, TP-Link develops the TP-Link Tether app – where you can intuitively set up and manage the router online with ease through Wi-Fi connection and smartphone.

You can also do so via their website. Although it won’t auto-update firmware, you’ll receive notifications whenever there’s a new update.

If you’re looking for an inexpensive way to overcome your wireless connectivity problems and to improve the overall top speed with no installation hassles, the TP-Link AX5400 is a great choice as it’s super-easy to set up. 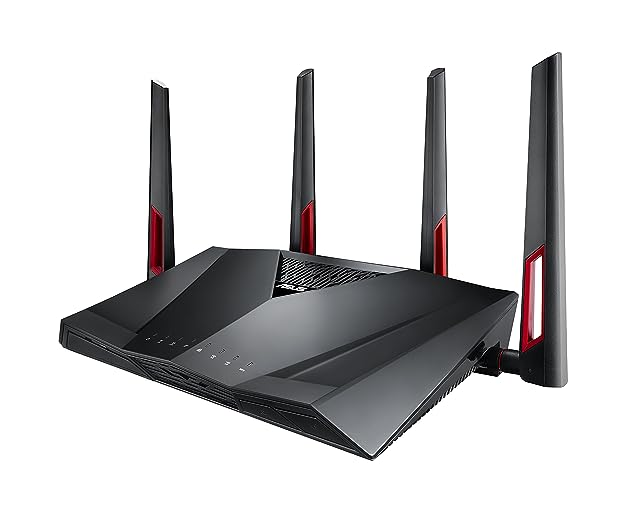 The ASUS AC3100 stands out from the competition for its 4T4R antenna design and 2.4 GigaHertz coverage, which results in up to 5000-square-foot coverage – also the one with the recorded largest coverage that we tested.

The 8 Ethernet ports are so great because they allow you to use it as a mini Ethernet switch to run Ethernet throughout your home.

The router also has many options that would be found on high-end ranges, such as link aggregation, security-minded options, and QoS controls.

Ranked as the router with the largest coverage, ASUS AC3100 is a fantastic option for those people who want to eliminate dead or weak areas around their extra-large home. 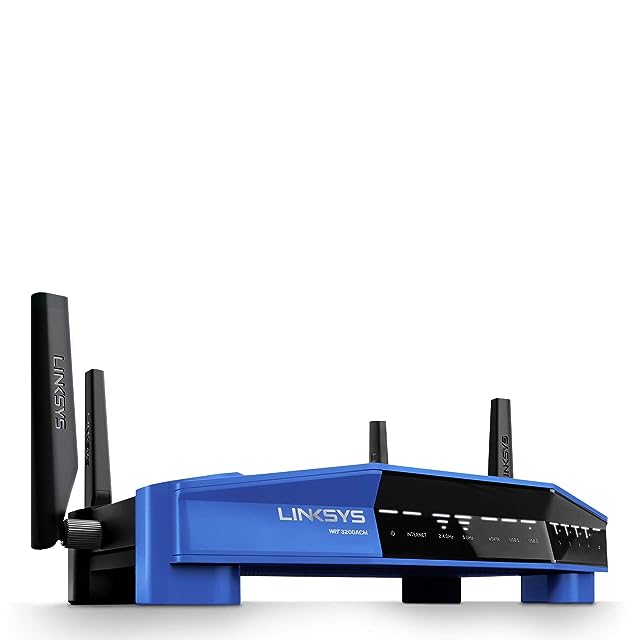 4K HD streaming requires at least 25 Mbps and this router from Linksys is proven to provide up to 600 Mbps. Obviously, it’s a no-brainer for people who want to boost their network quality and improve streaming.

Furthermore, by adopting the latest Wireless-AC technology, it allows you to stream and game on numerous devices without slowing down.

With AC4000 speed, the NETGEAR Nighthawk X6S can wirelessly cover up to 3500 square feet with no weak signal areas and allows for connecting up to 55 devices. It is considered the dream router of pro gamers and gaming enthusiasts.

Connect your device to this router and be worry-free about data theft, malware, and virus, thanks to the double firewall protection (NAT and SPI), along with the 30-day free trial Netgear Armor Powered By BitDefender.

Whether you’d like to game on a PS4, smartphone, tablet, or desktop, the NETGEAR Nighthawk X6S is a real game-changer. 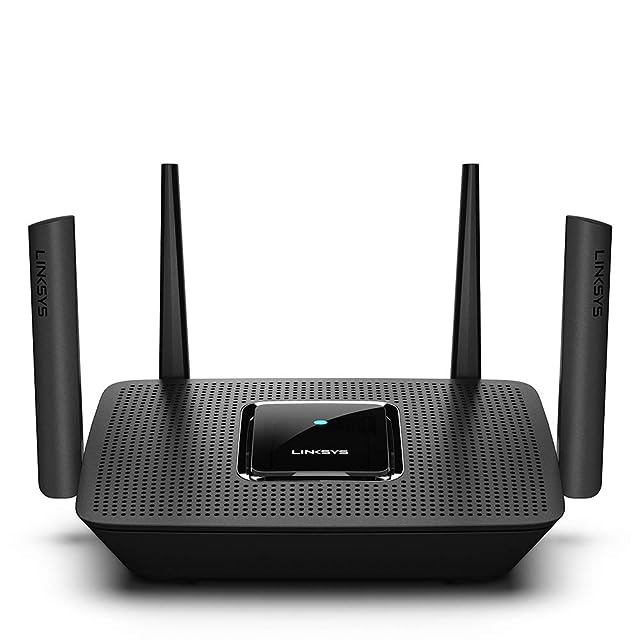 For the average family of 4-5 members using under 20 devices at a time, the Linksys AC2200 is a perfect option for budget-conscious shoppers. By using the Velop Mesh Wi-Fi system, it offers boosted coverage of up to 2000 square feet.

Despite the modest price, it still offers 867 Mbps of the top speed and everything is controlled via the clean and reliable Linksys App.

We also appreciate that its beamforming system is still powerful enough to cancel the interference of the neighbor's Wi-Fi.

We like the Linksys AC2200’s great balance of budget-friendly price point and functionality. 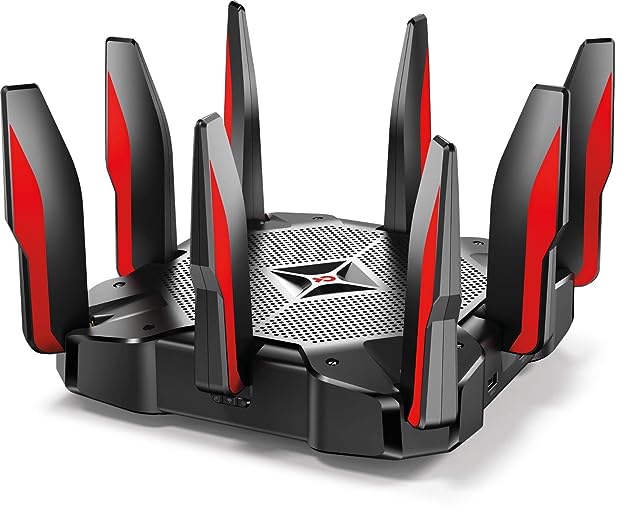 The TP-Link AC5400’s installation is as close to plug-and-play with only three steps to be done, taking no more than 10 minutes.

Besides, the provided app is really handy. One password with the automatic tri-band setting is all you need to do to let multiple devices access. Note: this router allows for connecting up to 64 devices – which is incredible.

This router is compatible with Alexa Echo for effortless controls or changing the settings.

If you need a powerful tri-band router that’s also easy to install, don’t miss out on the TP-Link AC5400

How To Choose The Most Powerful Router For Large Home?

Determine The Number Of Devices To Be Connected To The Router

With a single person or a small family that has just 2-6 devices connected at a time, then worry-free about overloading your network.

A router can connect up to 255 devices at a time. But remember that the more the number of devices are connected to the router simultaneously, the lower the speed limit.

For example, a router with a 2.4GHz band capable of 300Mbps is used for connecting ten devices simultaneously, then each device will receive an average of 30Mbps.

Getting the costliest router isn’t always the best. Instead, opt for the one that meets your needs and your living space.

Long story shorts, band is like a road where your data travels along. So, the “broader” this road, the fewer traffic jams during a rush-hour scenario and the higher the speed limit.

Easy to guess, 5GHz signals are wider and offer a higher speed limit than the 2.4GHz. And, tri-band routers have up to two 5GHz signals, which is best to free up congestion from your devices.

But take note that higher frequency is prone to lose signals’ strength more with obstacles, such as furniture and walls.

Which Brands Make The Most Powerful Router For Large Home?

TP-Link has been a renowned Chinese manufacturer of computer networking products since 1996. In 2008, they founded TP-LINK USA. Currently, they own a 100,000-square-meter headquarters and facilities in Shenzhen.

Another famous Chinese manufacturer of electronics, phone hardware, and multinational computers. ASUS was established in 1989. They appear in "Asia's Top 10 IT Companies" rankings and BusinessWeek's "InfoTech 100". In 2008, they ranked 1st in the Taiwan Top 10 Global Brands survey’s IT Hardware category.

This US-based brand has been the leader in manufacturing high-quality data networking hardware products at affordable price ranges since 1988. Their products are now widely sold in 64 countries.

What is the difference between dual-band and tri-band WiFi routers?

The difference between them is that tri-band Wi-Fi routers broadcast 3 different signals while dual-band one broadcasts 2.

What WiFi router has the longest range?

The Wi-Fi router that has the longest range is the ASUS AC3100 if you want a dual-band router or the NETGEAR Nighthawk X6S in terms of the tri-band router. To learn more about them, please read our review in the previous section.

How many devices are too many for a router?

In general, a router can support around 255 devices, but over 45 devices are considered too many and might interfere with the signal.

Yes, it will. As a general rule, upgrading from a $50 router to a $300 router implies that the new one will have the ability to handle a larger number of wireless users at once, quicker speeds over longer distances, and greater Wi-Fi coverage.

What happens if you have too many devices on WIFI?

If you have too many devices on Wi-Fi, it will interfere with the top speed and the signal.

We continue to add the most powerful router for large home into this article in hopes of helping you find the right choice for your needs and budget. We also hope that you liked our sharing and thanks for reading! 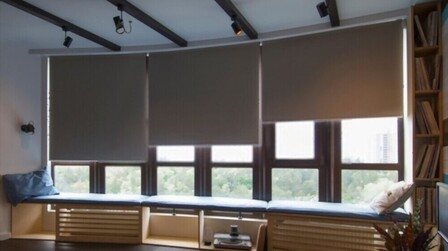 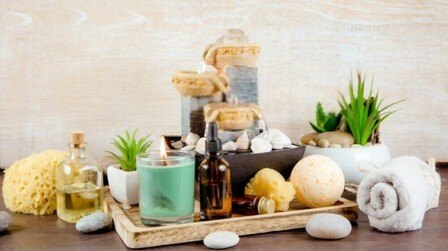 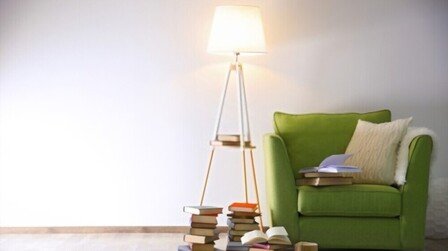 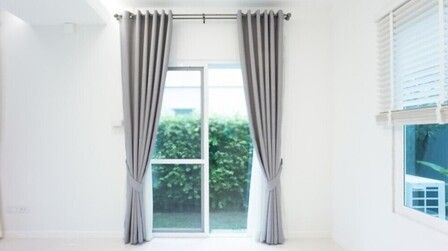 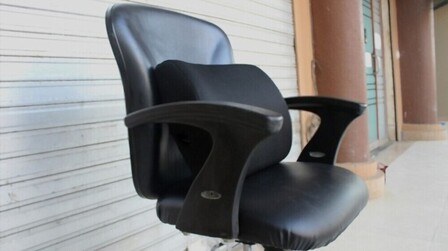 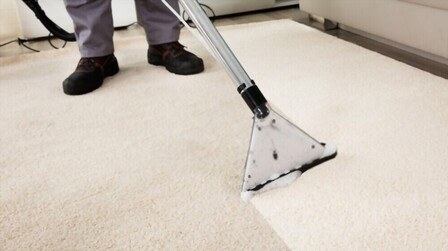 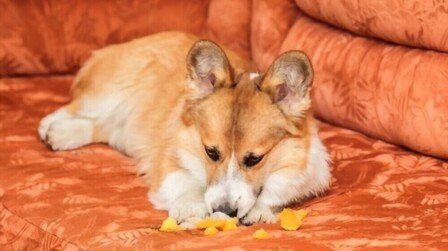 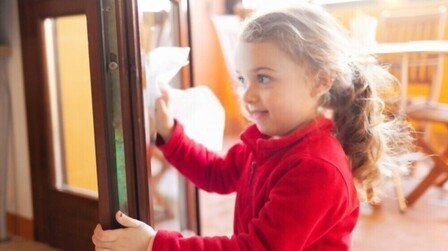 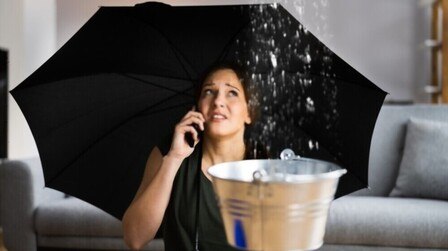 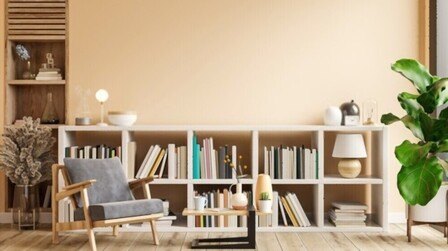 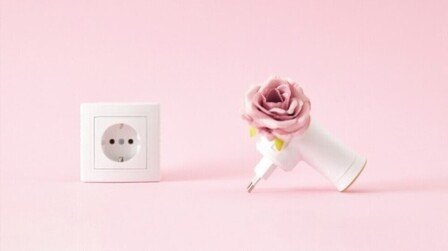 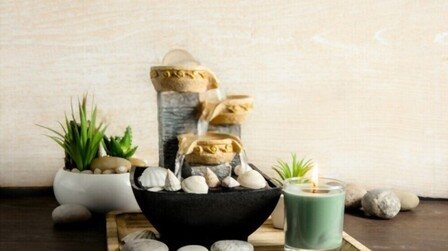