To find the quietest 5000-watt generator is not an easy mission, especially for non-experienced buyers because most options at this power range work loudly. Their noise level range is averagely over 85dB that easily disturbs everyone’s work.

That’s why, in this post, we are going to share our experience as well as our most favorite picks to help you find out your best go-to with no effort. 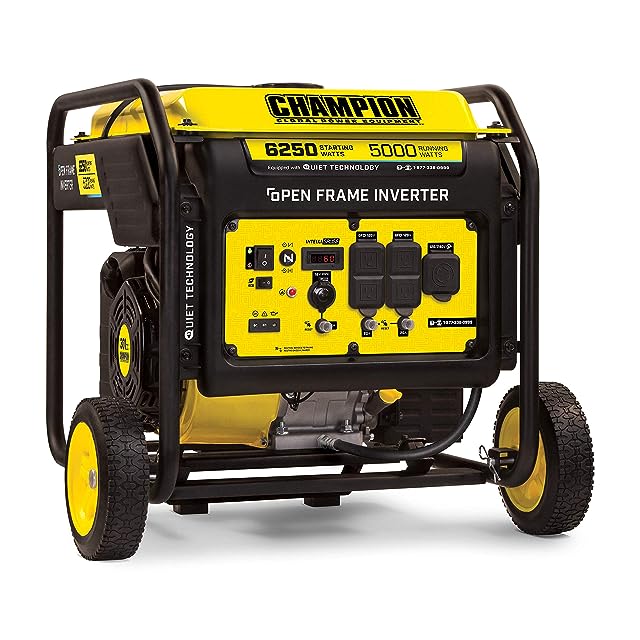 At 5000 rated watts, the Champion Power Equipment 100519 is powerful enough to run the most critical home appliances, such as lighting circuits, freezer and refrigerator, and a well pump.

But the decisive feature that makes it become our choice for home backup over other candidates is its quiet technology digital inverter components and advanced open-frame inverter design.

This perfect combination helps not only cut off ½ the noise but also makes it 20% lighter than the manufacturer’s other 5000W versions. It also provides two more household outlets for operating more devices at a time and intelligauge for optimal controls.

The 100519, however, has one drawback which is its efficiency. Despite featuring the largest fuel tank (of 4.2 gallons), its duration is ranked one of the shortest out of other Champion’s siblings.

But considering the price, overall performance, and reliable brand name, it’s well worth a try.

Of all the 5000W generators we tested for home backup, the Champion Power Equipment 100519 was outstanding for its unrivaled lightness, quietness, and ease of use. 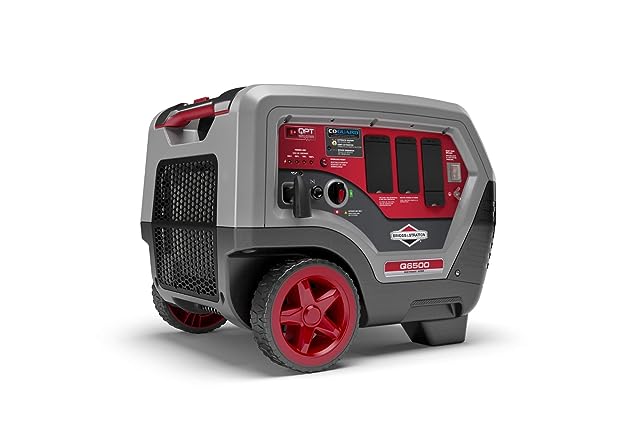 The Briggs & Stratton Q6500 is as powerful as the Champion but more fuel-efficient.

The reason is that it features a variable RPM engine that can automatically modify the power output to meet different wattage needs. As a result, its refueling is extended up to 14 hours at ¼ load despite a smaller fuel tank.

The machine is capable of detecting harmful levels of carbon monoxide to automatically shut down for safety.

It also features a power usage meter and a telescoping handle.

Giving the longest recorded runtime of up to 14 hours at 25% load, mostly thanks to its highly efficient engine design, the Briggs & Stratton Q6500 is the best choice for consistent performance. 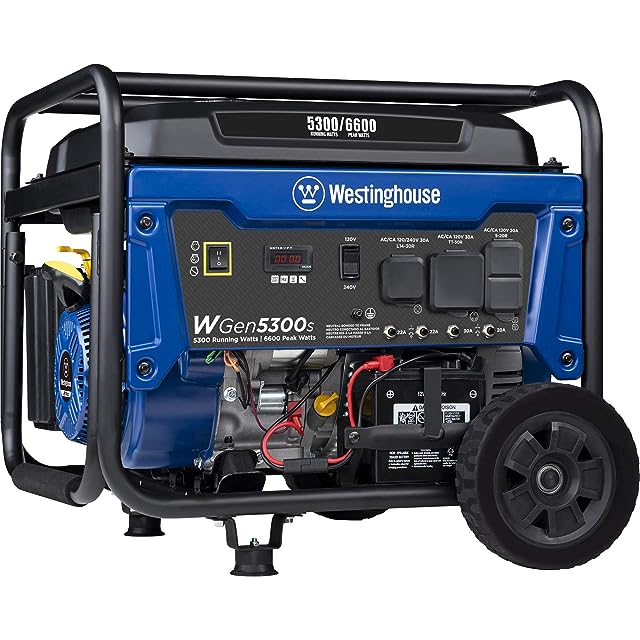 The Westinghouse WGen5300s distinguishes itself with the electric start.

Unlike traditional gas-powered generators that require multiple pulls of the coil to turn on, this new start type can make the machine operate effortlessly and immediately. It’s a godsend for beginners, users with arthritis wrists, and cold weather.

The unit also comes with many practical belts and whistles, such as a built-in fuel gauge, automatic low oil shutdown, and VFT Data Center.

But making it really a flexible choice is the capability of switching between operating on 120V or on 120V/240V for specific types of power tools or household appliances.

Built with an electric start and manual choke, the Westinghouse WGen5300s is one of the easiest-to-use 5000W generators. 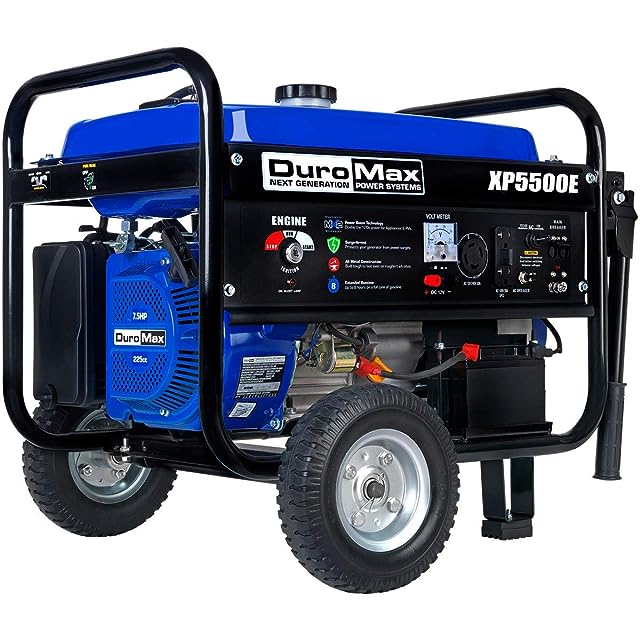 The DuroMax XP5500E might not be a lightweight and compact option, but it’s definitely powerful enough to give you comfortable off-grid RV living.

Constructed of a 224cc OHV engine with MX2 technology, it can easily keep RV air conditioners, refrigerators, and heavy-duty power tools going at the max running wattage of 4500.

It’s also a rare option allowed for use in all 50 states.

In both power output and safety, the DuroMax XP5500E far outperformed its competing models that are advertised to be RV-ready. It’s also allowed for use in 50 states. 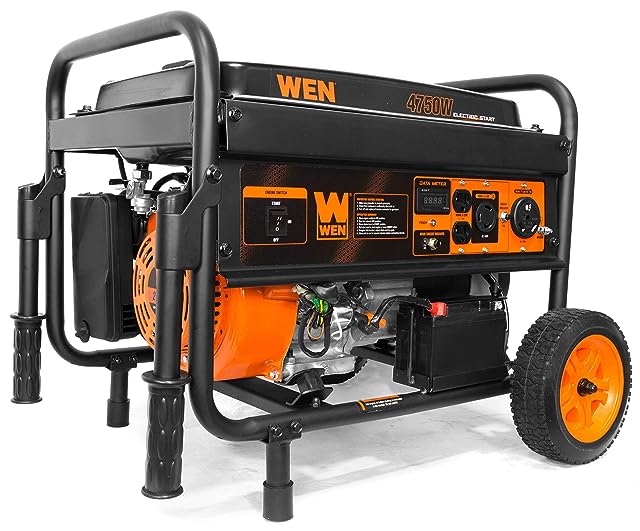 In an emergency, we realize that a generator with a compact design would be a better companion than a cumbersome one. That’s why we added the WEN 56475 to this list!

It is measured by only 26.6 x 17.1 x 17.3 inches whilst still features a large 4-gallon fuel tank. The wheels are detachable and the carrying handle is foldable for the even smaller size. Regardless, none of these components feel flimsy at all.

The WEN 56475 is EPA III and CARB compliant, meaning that it’s giving you the cleanest energy source to use.

Besides, it is packed with overload protection, automatic voltage regulator, and low-oil shutdown for extra-safe operation.

For those who want a 5000W generator that’s not only quiet but also safe, compact, and eco-friendly to use in emergencies or for RVs, consider the WEN 56475 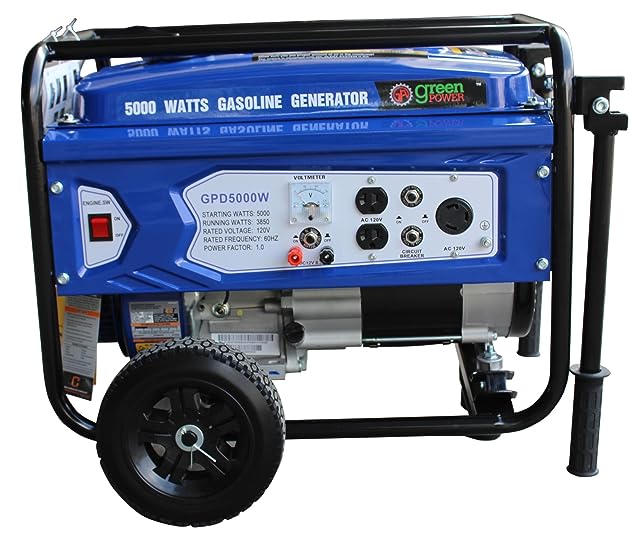 If you’re living in an area where power blackouts are common and their periods usually last for weeks, we highly recommend the Green-Power America GPD5000W.

It strikes the perfect combination of a large 4-gallon fuel tank and a highly efficient 4-cycle OHV 223cc engine that can continuously operate in 11 hours at ½ load. Its maximum running wattage is 3850 – enough for whether recreational use, emergency, or home support.

Considering all the power, you’d expect it to be noisy. But the generator is pleasantly quiet, thanks to its vibration isolation effect and separate ground connector.

Among the open-frame 5000W generators we tested, the Green-Power America GPD5000W is the strongest candidate for extended performance.

How To Choose The Quietest 5000-Watt Generator?

Important notes: A fact that there’s a clear correlation between power and noise levels of a generator, which means the higher power output, the louder noise.

And, a 5000W generator is barely as quiet as a 2000W model, supposed they’re constructed of the same engine type, frame, and other features. Six 5000W generators in our review list are the quietest in their field, with noise level ranges of 66dB-74dB.

Looking for the quietest 5000W generator means finding the best balance between power and noise level.

Here are some important features to lower a 5000W generator’s operation sound:

Compared to traditional-engine generators, this new type works more quietly because it can adjust the power output to fit the load at specific times. Traditional generators can’t do that; they produce energy at the same speed all the time, at 3400rpm.

There are two types of generator frames – open frames and enclosed frames. The enclosed models are better at sound-dampening for quieter operation.

An effective way to decrease the noise levels of a traditional generator is by equipping it with sound-dampening accessories, such as rubber feet, sound defectors, mufflers, and ground connectors.

Innovation is the core of what makes Champion Power Equipment’s generators so well-loved by worldwide customers. Up to now, they have sold over 2.5 million generators in North America, as well as set a new standard for durability, quality, and functionality of power equipment.

This is one of the longest-standing US brands dedicated to producing and distributing job sites, lawn and garden turf care, and power generation products. Particularly, their generators have been well-known since World War II.

Westinghouse was founded in 1886 in the United States. Their biggest strengths are a pro team of well-known scientists and engineers who were granted more than 28,000 U.S. government patents during the 20th. That makes their generators stand out for design, practicality, and functionality.

DuroMax builds a reputation on their exclusive Dual Fuel technology, which is stated to be safer, longer-lasting, more efficient, and reliable than gas or propane generators.

Their products are also adopted with many industry innovations, such as V-Twin dual-fuel, push-button start, power boost energy, etc.

How many appliances can you run on a 5000-watt generator?

Why are inverter generators quieter?

Inverter generators are constructed of a smaller engine that can run at different output levels to hence make less noise than the conventional models.

What is the difference between an inverter generator and a regular generator?

How many amps will a 5000-watt generator produce?

Can I put a quieter muffler on my generator?

By putting a muffler on a generator, the total noise level produced by this unit can be decreased 10-15dB.

Our lineup provides various options from the inverter to open-frame generators. Each of them gives the best performance on specific demand, such as compactness, RV-use, fuel efficiency, and so on.

Once you’ve determined what you need and your budget, use this guide to identify the quietest 5000-watt generator for you. 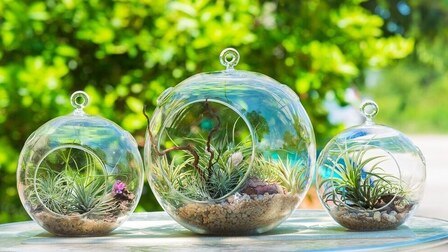 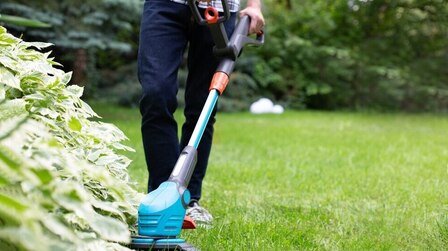 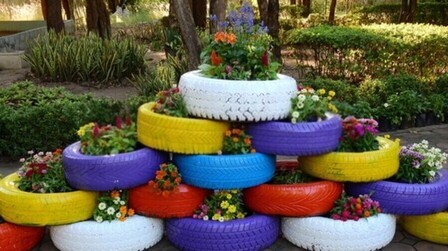 How Can I Make My Garden Look Good With No Money? 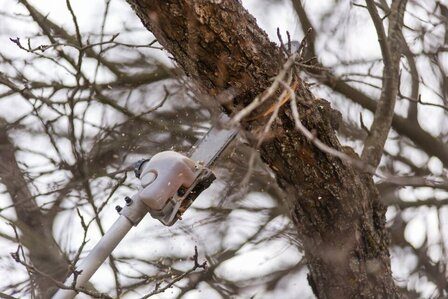 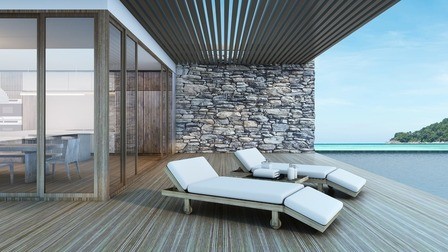 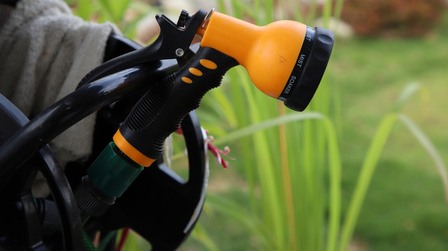 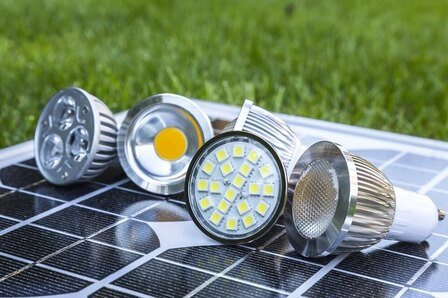 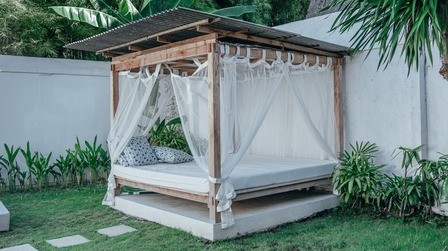 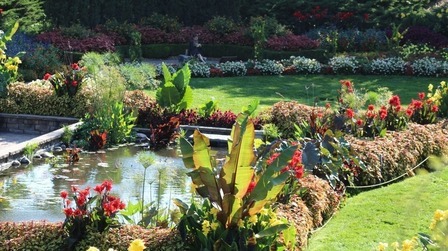 Landscaping Ideas for a Windy Location 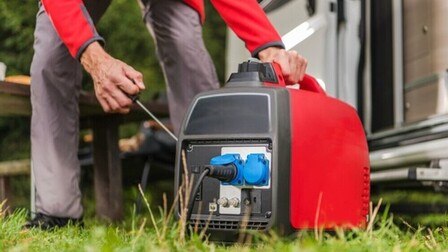 6 Most Powerful Inverter Generators of 2021 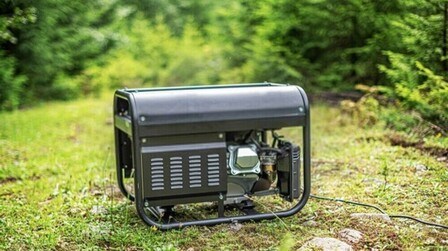 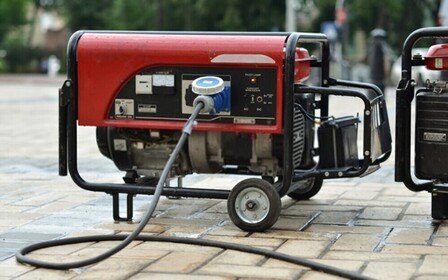